After class today my colleagues and I took the train to the port and seaside resort of Warnemünde, technically part of Rostock though over 10 km away. I heard that it contains one of Germany's best beaches, so I was particularly keen to look round.

Walking from the station to the beach; 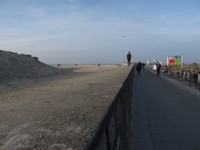 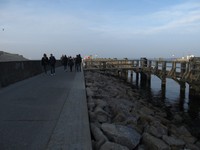 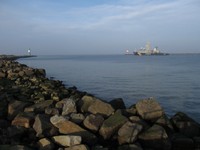 It was sunny but crisp and cold, so unsurprisingly we didn't see any swimmers! I did have a quick paddle, though; the water was very clear, but bone-chillingly cold; I'd never before been in a sea that felt like I'd had to break a hole in some ice first! The beach was lovely, though - mostly white sand, and very wide. 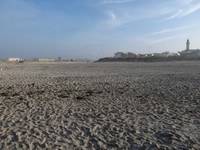 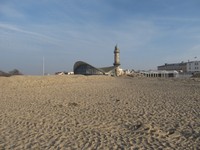 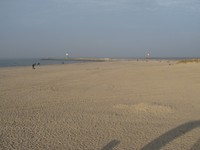 It had a metal slide and rope climbing frame which some of us (including yours truly) had a go on. 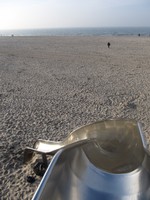 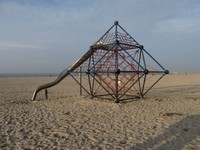 I loved the sand dunes, too. 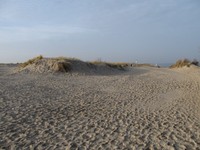 The town itself was interesting as well. There was a lighthouse and loads of seafood restaurants, colourful houses and traditional wooden boats. One or two Danish signs, reflecting the close proximity across the Baltic to the southernmost tip of Denmark. 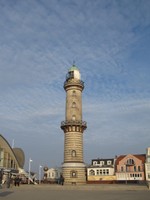 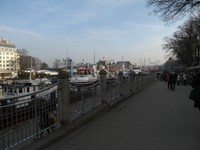 We had some food at an Italian - the fish was a bit too pricey for me, so I compromised with a salmon pizza - which turned out to be one of the best pizzas I've ever had; incredibly juicy and tasty, with massive chunks of fresh salmon, lashings of creme fraiche, spinach and the normal tomato sauce.