The start of a six-week trip through Austria and northern Germany with a side trip to Slovenia and ending in Prague.

In Vienna for a group induction/ training weekend before moving on to my teaching destination for the next week.

The view from my hotel room: 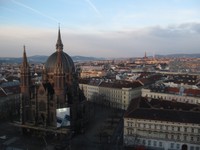 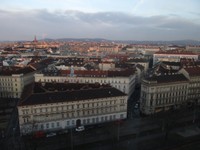 Due to the nature of the weekend there wasn't much time to see the city, but very early this morning, after breakfast, I managed a walk into the historic centre. The sun was rising and the sky was clear; one of those fresh and crisp winter mornings I really love. A thrill of excitement ran through me as I walked the almost-empty streets and admired the architecture. 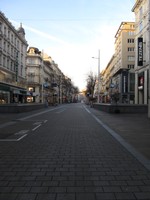 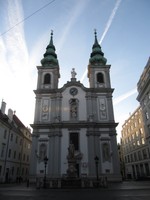 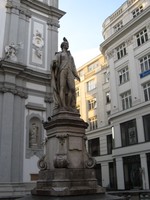 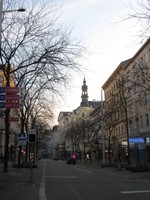 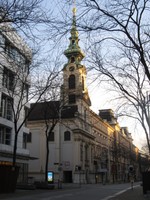 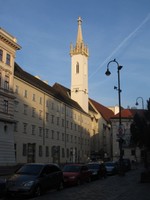 Once in the inner town I came across a covered pathway with windows showing a yard with white horses looking out of stalls. I realised that they were some of the famous white Lipizzaner horses of the Spanish Riding School. While I was watching a girl came round with a wheelbarrow to muck them out. 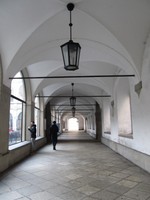 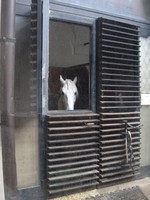 When I got to the Stephansdom I went inside, though as a tourist most of it was closed off to me as Mass was just starting. 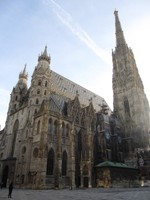 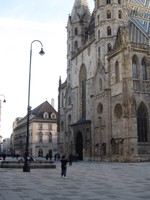 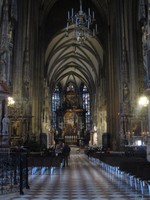 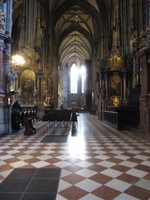 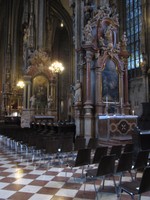 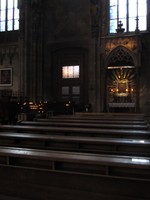 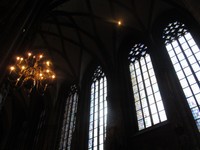 I stayed for a bit anyway, looking at the bit I was allowed into and lighting a candle, before exiting and walking round the outside. I'm not too keen on the green, red and black patterned tiled roof, but I like the rest of it. The view from the tower was amazing - definitely worth the climb, which was probably one of the highest sets of spiral steps I've been up! 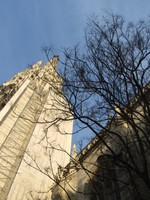 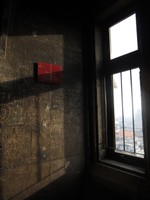 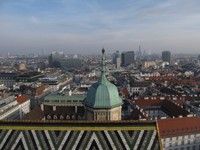 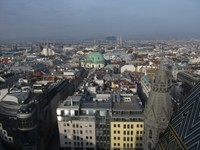 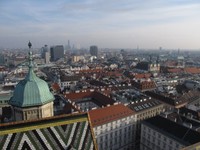 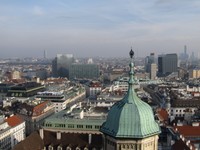 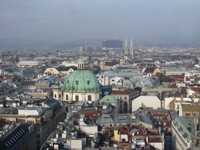 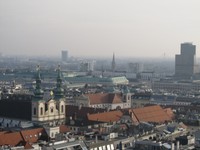 There was no time over the weekend to go to any museums, but yesterday evening I went to the historic Seven Stars brewery/pub - definitely a place I'll be returning to when in Vienna in the future! It was very atmospheric inside and the cheese & bacon gnocchi I tried was lovely. There was a list of all the different kinds of schnapps on offer - decided to give them a miss on this occasion but will definitely be giving them a try over the next few weeks!

Speaking of food, on Friday evening at a different place I had a tasty clear beef broth with a semolina dumpling plus a side of Swabian pasta - I thought it might come with vegetables, but it didn't. Both that and the broth were still really nice, though the broth was smaller than I expected.

When I got back from the historic centre it was time to pack up, check out and head off to the station to my first teaching destination...

Comments on this blog entry are now closed to non-Travellerspoint members. You can still leave a comment if you are a member of Travellerspoint.