I arrived in Berlin yesterday afternoon after a fantastic hotel breakfast and a completely uneventful 3.5-hour Flixbus journey from Rostock. I relaxed for the rest of the day, intending to begin some sightseeing the next morning.

Potsdamer Platz and the Holocaust Memorial were my first stops. Potsdamer Platz was bisected by the Berlin Wall during the Cold War and during this time became an area of utter desolation. It looks completely different now, but as I walked round and looked at part of the Wall which remains, I got quite emotional. 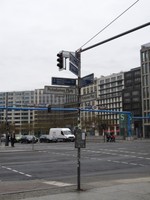 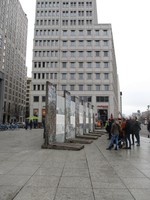 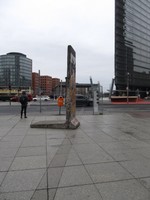 This feeling continued as I wandered round the concrete stelae within the site of the Holocaust Memorial. According to the architect, the stelae were designed to produce an uneasy, confusing atmosphere, though the number of stelae and the monument's overall design has no symbolic significance other than it represents a a supposedly ordered system that has lost touch with human reason. 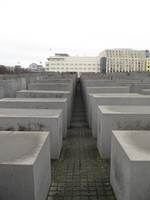 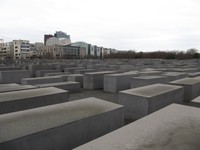 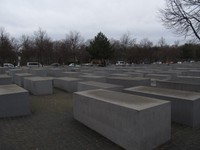 From there it was just a little bit further to the Brandenburg Gate. 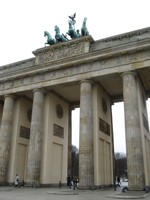 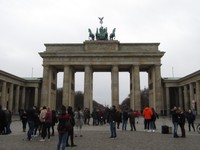 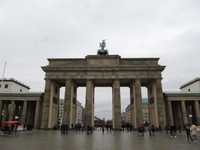 The Tiergarten, Berlin's most popular inner city park, lies across the road from the Brandenburg Gate. It started to rain just as I got there, so I didn't linger too long. I was on my way to a really interesting destination anyway, so I didn't really mind... 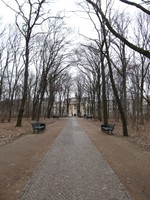 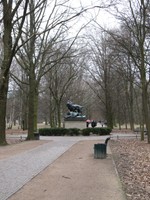 Amazing - I definitely recommend it. It included a fascinating collection of crumhorns, shawms, dulcians (the predecessor of the bassoon), recorders, cornets, trombones and trumpets which were left to the Church in 1657 in the will of the choirmaster of St Wenzel's Church in Naumberg. 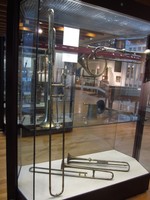 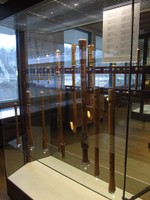 Amongst a good range of other instruments going up until the first electronic guitars and keyboards, it also had such interesting things as Early Modern Flemish and Italian virginals and spinets, a Stradivarius violin, a serpent, a collection of pochettes (pocket fiddles, used by dancing masters and street musicians until the 18th century) and a 'giraffenklavier' (guess which one of my photos is if that...). 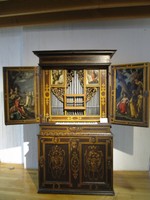 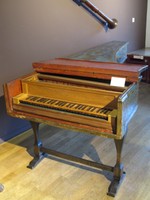 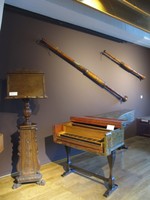 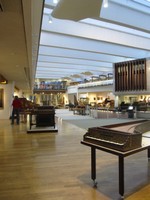 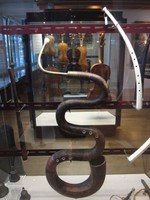 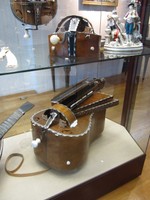 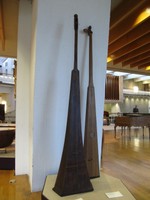 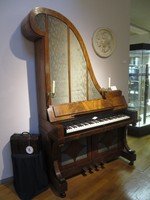 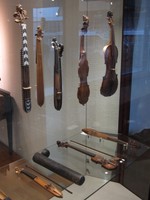 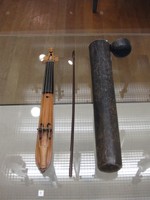 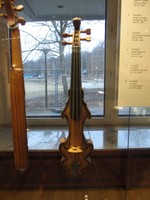 My last stop before heading back to my hostel was Checkpoint Charlie (the best-known Berlin Wall border crossing, and now a tourist trap with no original buildings left; worth only a brief look). 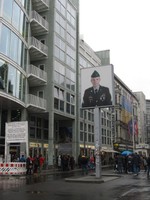 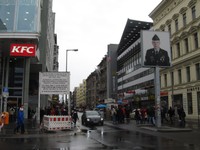 On my way back I passed through the Museuminsel, an area with lots of museums in it (a UNESCO World Heritage Site for its importance), and beyond. I found a small art market next to one side of the river and bought a lovely colourful little picture of an 'Indies Peafowl'. Also got some good views of the Fernsehturm and St Mary's Church, though I didn't go in. 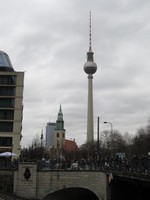 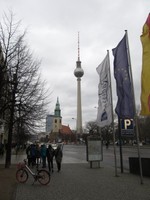 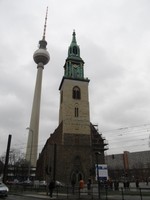